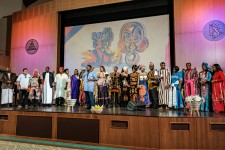 LOS ANGELES, August 26, 2019 (Newswire.com) - In a world where racism and discrimination are headline news, a prince of the Buganda Kingdom of Uganda, singer-songwriter Saava Karim, is uniting cultures through music and dance. Through his nonprofit BantuFest and an annual concert of the same name, hosted this year by the Church of Scientology of the Valley, he brings together diverse communities in the name of friendship and equality.

The array of colorful ethnic costumes on stage and throughout the auditorium showed the universal appeal of the concert, with performers from Uganda, Bangladesh, Cameroon, Guatemala and America. The evening was capped by the exotic taste of Ugandan delicacies served to all attending.

The word “Bantu” means “a group of people.” Thus “BantuFest” is a term coined to mean a gathering of people from all walks of life for a worthy cause. BantuFest is raising funds for a childbirth hospital in Uganda, a country where some 7,500 women and girls die in childbirth or pregnancy each year. BantuFest also sponsors drug prevention, medical assistance, school programs to promote local culture, and assistance to creative artists in Africa.

There is always something exciting going on at the Church of Scientology of the Valley in North Hollywood, California. The church, which was dedicated in March 2017, makes its auditorium and conference rooms available for nonprofit and cultural programs and has become a hub for the community, including hosting the Los Angeles tour of the Philippine Ballet Theater earlier this year.

Read the press release on the Scientology Newsroom. 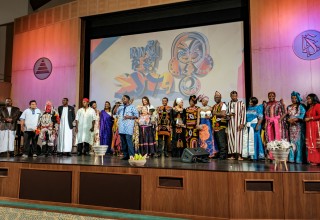 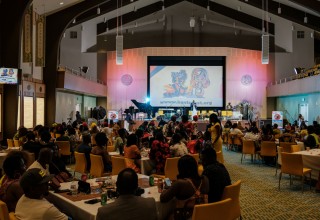