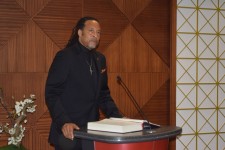 At the Remembrance Day service at the Church of Scientology Harlem, guests pledged to honor the fallen through community service.

NEW YORK, September 22, 2018 (Newswire.com) - The Church of Scientology Harlem Community Center hosted a Remembrance Day service to honor those who died and those who responded to the disaster.

Among those who served at Ground Zero were the Scientology Volunteer Ministers (VMs) from New York and from across the country and abroad. The courage and hard work of these 800 volunteers inspired an international movement that continues to serve at disaster sites around the world.

The dream of liberty and justice for every man, woman and child was not lessened or diminished.

Rev. Philip Hargrow began the service with the Scientology Prayer for Total Freedom. He then shared his own conviction that despite the horror of the day, the act of terror served to strengthen the commitment of Americans to hold to the country’s ideals. “Today we remember the great men and women who helped after the 9/11 attack,” he said. “This attack did not break us, nor did it destroy our dreams as a nation. The dream of liberty and justice for every man, woman and child was not lessened or diminished.” He thanked the heroes of 9/11—the first responders, firefighters, police, the sanitation and transit personnel, medical staff, emergency medical technicians and the Volunteer Ministers. He gave special thanks to the military personnel who continue to protect the country.

A moving rendition of the national anthem and a moment of silence paid honor to the men and women who lost their lives that day seventeen years ago.

Scientology Volunteer Ministers live by the motto: “Something can be done about it,” and the VMs who arrived at Ground Zero within hours of the 9/11 tragedy and those who continued to serve throughout the months of searching through the rubble were a living example of that creed. A 9/11 first responder spoke of the difference these men and women made: “I thank each and every one of them for doing the job they do. It’s amazing to know that during trying times we can count on them.”

Rather than dwell on the past, the Community Center service was focused on the future.

“Everyone has something to offer in terms of helping others, particularly in emergencies,” said a representative of East Harlem Community Emergency Response Team 11. “You can change or transform lives and strengthen your community by getting involved. Becoming prepared to first help yourself and your family, then reaching out to help others should be essential to everyone.”

The father of a young man who worked at the World Trade Center, and who had lost his life helping others escape, spoke of responding to this tragedy by looking to the future—advocating for today’s youth to ensure they have a quality education.

A young community activist and recent college graduate stressed involvement—working with what we have right now to improve the community.

Attendees were invited to take advantage of Volunteer Minister training to gain practical skills to help them accomplish their personal and humanitarian goals.

In creating the Volunteer Ministers program, L. Ron Hubbard wrote, “If one does not like the crime, cruelty, injustice and violence of this society, he can do something about it. He can become a Volunteer Minister and help civilize it, bring it conscience and kindness and love and freedom from travail by instilling into it trust, decency, honesty and tolerance.” 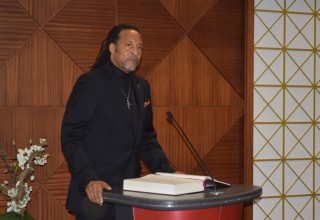 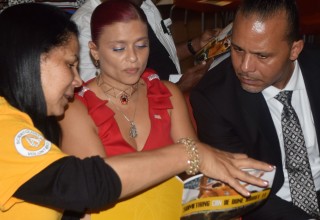 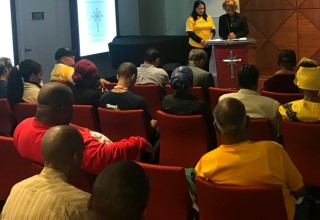