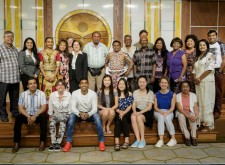 Bridging cultural differences through friendship at an International Day of Friendship open house.

PASADENA, Calif., August 23, 2018 (Newswire.com) - An International Friendship Day celebration at the Church of Scientology Pasadena, organized by the local chapter of The Way to Happiness Foundation, featured the culture, food and traditions of Sri Lanka.

Karla Bartholomew, director of public affairs of the church, welcomed those attending with a message from The Way to Happiness, the common-sense moral code written by Scientology founder L. Ron Hubbard. She said that by simply giving a copy of this booklet to friends and associates, we can bring about a culture of friendliness, one person at a time, and create an impact on issues of prime importance to the community such as homelessness, crime, violence and racism.

Cultural Affairs Director of the Sri Lanka Foundation Ms. Achala Weerasinghe, introduced the program with a video showing the beauty of Sri Lanka and its cultural traditions.

The audience was then treated to a dazzling performance by Sri Lankin dancers dressed in traditional costumes. The music was arranged by the Sri Lanka Performing Arts Center whose mission is to bring the 2,500-year history of Sri Lanka to life through traditional dancing and drumming.

Guest speaker Mr. Nandi Jasentuliyan, President Emeritus of the International Institute of Space Law and Policy, spoke of the importance of friendship. He referred to The Way to Happiness precept: “Respect the religious beliefs of others.”

“Tolerance is a good cornerstone on which to build human relationships,” he said.

International Day of Friendship was proclaimed by the UN General Assembly to inspire peace and build bridges by forging friendships among peoples, countries, cultures and individuals. It emphasizes activities that promote international understanding and respect for diversity of different cultures.

That mission is accomplished on a grass-roots level, worldwide, by individuals who share The Way to Happiness booklet with others and so bring about an increase in tolerance and understanding between families, friends, groups, communities, nations and mankind — making a safer, less violent world for all. The book has been distributed in 115 languages in 186 nations. 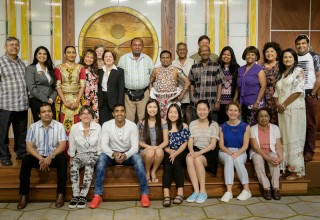 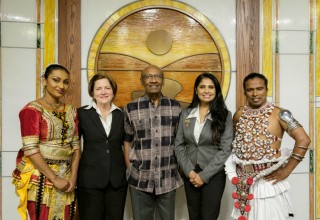