GAUTENG, South Africa, April 15, 2019 (Newswire.com) - ​The Church of Scientology in South Africa is working with South African Police Service (SAPS) to reverse the drug abuse epidemic in the country — an enormous challenge with South Africa, the largest illicit drugs market in sub-Saharan Africa. The church is providing Drug-Free World drug education materials and drug education specialist training to help the officers gain the confidence and skill to put the materials to use. At a recent graduation ceremony, more than 100 police officers received Drug-Education Specialist Certificates.

The provincial police human resource director, who helped organize the program, kicked off the training by encouraging each of the officers to take full advantage of the opportunity — and they did just that.

The program began with a workshop on the technology of study developed by Scientology founder L. Ron Hubbard to ensure they could understand and apply what they learned. This was followed by a course in communication skills and another to enable them to help users deal with some of the personal situations people try to escape from or “solve” with drugs.

One officer admitted he was not too enthusiastic when he first heard he would be doing the training: “I’ll be taking a course about drugs, I thought, and I’m already trained on drugs. But to my surprise, when I finished, I realized this was really a course about doing. And even now when I think about going out there, I’m going to do it. And this was big for me. Because of the communication skills we learned, we are going to use it.”

Those attending included police who work in logistics, public order policing, the K9 unit, the flying squad that responds to urgent situations, those who deal with serious and violent crimes and those who work in community service centers. All of them expressed that they found skills they can use to help them tackle their part of the drug problem.

“In my line of duty, I’ll see 10, 15, 20 witnesses, but the way I was communicating with them was poor,” said one of the officers. “I couldn’t get the information I wanted. I have learned a lot. I think when it comes to communication, that’s where we were failing.” After the training, he said he knows he will be far more effective.

Once they complete the workshop sessions, the final step is for the officers to put what they learned into practice. They send in a video of their drug education delivery to receive their final certificate.

In addition to providing drug education to police, the church works with other community leaders, including pastors of many denominations, community groups and activists, who bring the program to their congregations and communities and deliver it in schools.

The Church of Scientology and its members support the Foundation for a Drug-Free World, a secular nonprofit corporation that empowers youth and adults with factual information about drugs so they can make informed decisions to live drug-free. The Foundation’s Truth About Drugs campaign is one of the world’s largest nongovernmental drug education and prevention initiatives. As shown on a program on the Scientology Network, this support makes it possible for the Foundation to provide drug education booklets, videos and educator guides free of charge to teachers, mentors and civic and community leaders. 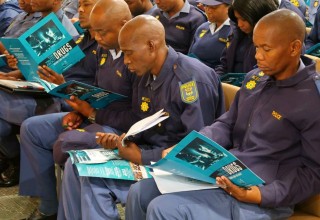 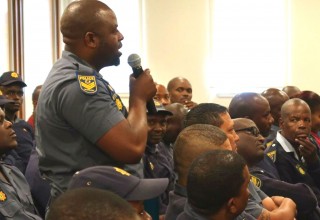 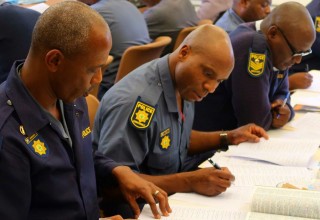 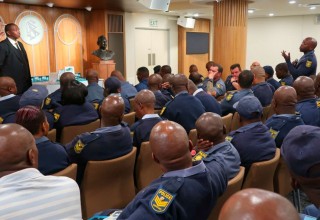