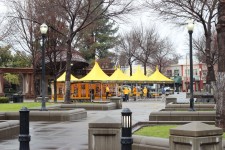 At the opening of the Volunteer Ministers Western U.S. Cavalcade at Chico Civic Center in Northern California, religious groups emphasize the need for long-term help for victims of the November 2018 Camp Fire.

CHICO, Calif., March 9, 2019 (Newswire.com) - The Volunteer Ministers of the Church of Scientology opened their big yellow pavilion at the Chico Civic Center as part of their long-term Camp Fire disaster recovery work and to provide life skills the entire community can use to help.

They opened the tent on World Civil Defense Day, observed every year on March 1. The purpose of the day is to bring attention to the vital importance of civil protection, raise awareness of preparedness, prevention and self-protection in the event of accidents or disasters, and to pay tribute to the efforts, sacrifices and accomplishments of national services responsible for the fight against disasters.

Father Richard Yale, Rector of St. John the Evangelist Episcopal Church and chair of the Spiritual and Emotional Wellness Committee of the Camp Fire Long-Term Recovery Group, recounted that when he received a call telling him how bad the fire was, he immediately put “boots on the ground” to help. He led his diocese as incident commander, helping those who had lost everything in the fire.

The Executive Director of the Church of Scientology Mission of Chico spoke of the diverse group of local responders and those who came to the area from out of town to help. He shared his firsthand experience, bearing witness to the goodness of the people and how the disaster really brought everyone together at a time when help was most needed.

Minjhing Hsieh, Executive Director of the Buddhist Tzu Chi Foundation Northwest Region, also witnessed the diverse groups responding to the disaster and spoke of how everything that brings people together in unity comes from the heart. He spoke of experiencing a deep sense of community when he arrived to help.

All joined in cutting the ribbon in front of the Volunteer Minister pavilion. Inside, VMs provide one-on-one help, courses and seminars based on spiritual technology developed by Scientology Founder L. Ron Hubbard. These cover the skills VMs use in responding to natural and manmade disasters along with technology for resolving everything from marriage difficulties or communication problems to drug abuse, illiteracy and job stress. Visitors may also avail themselves of a Scientology assist—a technique that addresses the spiritual and emotional factors in stress and trauma.

The Volunteer Minister program was launched in the mid-1970s. Noting a tremendous downturn in the level of ethics and morality in society, and a consequent increase in drugs and crime, Mr. Hubbard wrote: "If one does not like the crime, cruelty, injustice, and violence of this society, he can do something about it. He can become a VOLUNTEER MINISTER and help civilize it, bring it conscience and kindness and love and freedom from travail by instilling into it trust, decency, honesty, and tolerance."

For more information visit the websites of the Volunteer Ministers, St. John the Evangelist Episcopal Church and Tzu Chi USA. 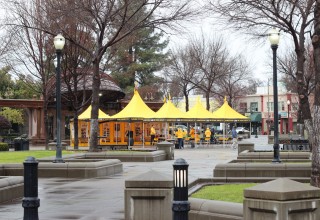 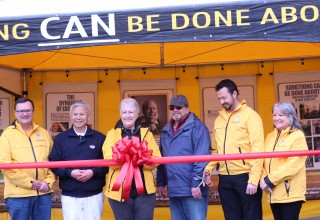 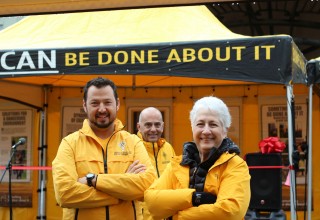 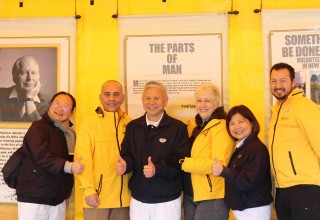