The International Association of Scientologists (IAS) gathers in East Grinstead, Southern England, to mark a year of unparalleled achievement in the name of uplifting Mankind.

EAST GRINSTEAD, England, October 20, 2019 (Newswire.com) - ​​​​​​​​​​​​​​​Stirring bagpipes break the silence of West Sussex woodlands in this storybook corner of East Grinstead, a town nestled on the border of the ancient Ashdown Forest.

The rhythmic fall of horse hooves and the clatter of high heels cut through the crisp autumn air. A buzz of anticipation and the medley of more than a dozen languages echoed through the grand gates and winding paths of this nearly 300-year-old manor estate.

The 35th Anniversary of the International Association of Scientologists (IAS) had arrived at Saint Hill, home of Scientology Founder L. Ron Hubbard and the time-honored backdrop for a weekend-long gala drawing Scientologists and guests from more than 65 nations. As attendees crossed the threshold into the Grand Marquee, one could not help but think something special, if not magical, was astir.

In a summary statement of the night, Mr. David Miscavige, ecclesiastical leader of the Scientology religion, stated: “Just as we unite, advance, support and protect Scientology, so we must do the same for all humanity. Because, and quite literally, if not axiomatically, whenever someone out there suffers, so we are the less. While conversely, whenever someone avails themselves of our help and succeeds, is succored, assisted, unburdened and enlightened, so we are the more.”

Born in 1984, the inception of the IAS marked the moment when a courageous few gathered at Saint Hill, pledging to unite with unswerving commitment for the sake of people from every creed and nation, and thus achieve the Aims of Scientology. In testament to that commitment, Mr. Miscavige presented a year of IAS compassion and help brought to bear where humanity most needed it.

The first topic of the night featured the intrepid work of the Citizens Commission on Human Rights, marking its 50th anniversary of combating abuses in the field of mental health. Among the many milestone accomplishments were:

To cap those 50 years of accomplishment, CCHR unveiled a brand-new feature-length documentary comprising the definitive exposé on the modern-day torture of electroconvulsive therapy (ECT).

The night continued across an expanding vista of humanitarian achievement through initiatives sponsored by the IAS: United for Human Rights, an education program centered on the Universal Declaration of Human Rights and advocating its implementation by governments world over; Foundation for a Drug-Free World, the largest nongovernmental drug education program on Earth; and The Way to Happiness, L. Ron Hubbard’s nonreligious moral code, comprising 21 precepts as a common sense guide to better living.

This year’s annual review proved brighter than any previous twelve months, with highlights including:

Indicative of what the IAS represents collectively are the individual stories of IAS Freedom Medal Winners for 2019:

The night next featured the epic saga of the Advanced Organization and Saint Hill for Africa. Opened January 1st, 2019, in Johannesburg, under IAS sponsorship, the organization has since emerged as a generation point for community action spanning all strata of society: partnering with the South African National Police to reach 400,000 with drug education, and creating an interreligious allegiance with ministers of 16 different faiths to bring valuable tools for life from The Scientology Handbook to more than 100 congregations. Subsequently, attendance in those churches rose by more than 60 percent. Also cited was the fulfillment of a special request for distribution of The Way to Happiness at the first public presidential inauguration since the end of apartheid. With booklets in the hands of every attendee, The Way to Happiness contributed to an unprecedented incident-free inauguration.

Finally, and to complete the adventure of an enthralling night, came the announcement of Scientology TV Network’s new season, set to premiere October 21st. Mr. Miscavige previewed what will soon hit the airwaves and promises an incisive array of new episodes and an entirely new series that will satisfy curiosity and provide deeper insight into the global religion.

Saturday evening saw a black-tie dinner acknowledging the steadfast dedication of those who power the IAS movement. Overnight, the Grand Marquee transformed into a majestic setting for the IAS Patrons Ball. The evening acknowledged top Patrons, who were treated to an international concert featuring star performers from Australia, Europe, Africa and the United States, with festivities extending late into the night.

The weekend concluded with the Saint Hill Charity Concert, where 1,500 local residents attended the much-heralded annual event. Headlining was a dynamic range of award-winning artists, crossing multiple genres from Broadway to jazz. A lineup of leading charities were beneficiaries of donations to expand their activities to better serve their communities, in keeping with the tradition begun by L. Ron Hubbard during the years he called Saint Hill home.

The IAS, the official membership organization of Scientology, open to all Scientologists from every nation, was formed in 1984. The purpose of the IAS is to unite, advance, support and protect the Scientology religion and Scientologists in all parts of the world so as to achieve the Aims of Scientology as originated by L. Ron Hubbard: “A civilization without insanity, without criminals and without war, where the able can prosper and honest beings can have rights, and where Man is free to rise to greater heights.” 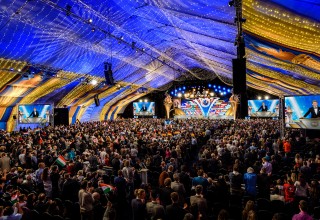 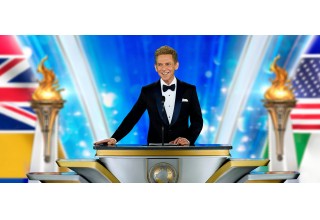 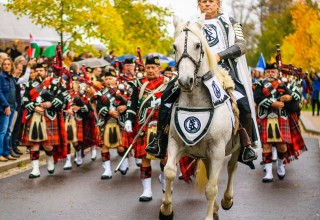 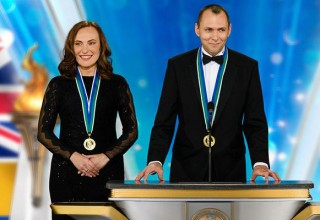 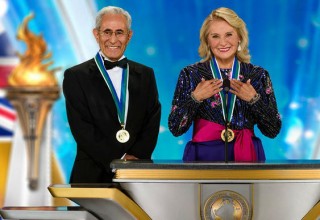 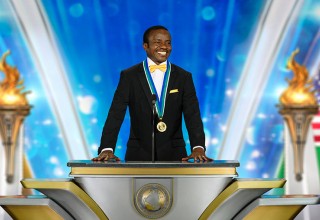 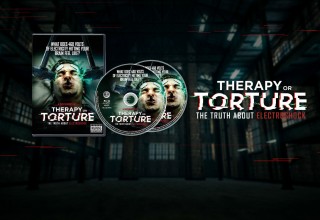 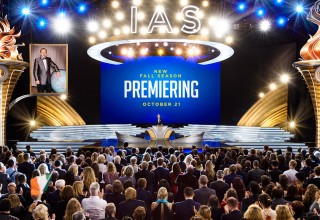