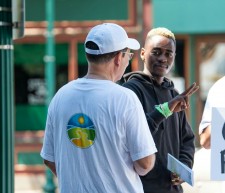 Volunteers respond to a spate of deadly shootings by promoting peace and unity.

KANSAS CITY, Mo., August 23, 2019 (Newswire.com) - In the aftermath of recent fatal shootings in Kansas City, volunteers from the local Church of Scientology took to the streets to deliver a message of peace.

This came in the form of a booklet called The Way to Happiness, a common-sense guide to better living written by humanitarian and Scientology Founder L. Ron Hubbard, which delivers a universal message to people of all faiths, cultures, and creeds. “Its principles bring hope at times like this,” said Bennette Seaman, Public Affairs Director of the Kansas City Church of Scientology who organized the activity. “It resonates with people of all walks of life and gives them a tool to take back their communities and reduce crime.”

In inner cities throughout the country, gang interventionists use The Way to Happiness to reduce violence and bring peace to the streets.

The book is used in the Twin Cities by MAD DADs, a coalition of African-American men and parents who are fed up with gang violence and illegal drugs, led by peace activist V.J. Smith.

Denver’s Rev. Leon Kelly swears by the power of the booklet, which he uses in “Flipping the Script,” a program to help bring parolees back into society and keep them out of jail.

And in Los Angeles, the booklet is credited by the cofounders of the monthly Peace Rides, Rev. Tony Muhammad and Rev. Alfreddie Johnson, with lowering the crime rate and brokering peace between the Bloods and the Crips, South Central L.A.’s notorious gangs.

“We want to spread a message of peace in KC,” said Seaman. “We want to get many community groups working together to saturate the city with this positive message.”

As part of their outreach to reduce crime and contribute to the neighborhood, Church volunteers will participate in the Urban Core cleanup day 24 August and they urge the community to come out in force to pull together at this time. 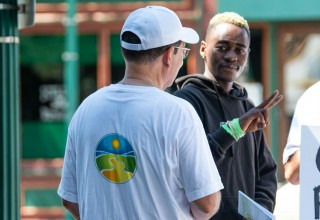 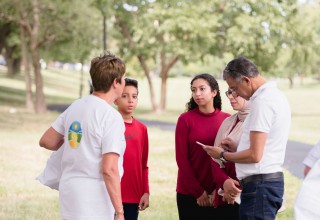 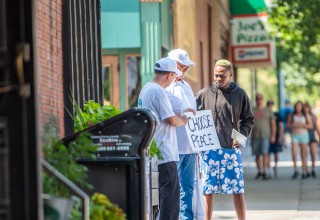 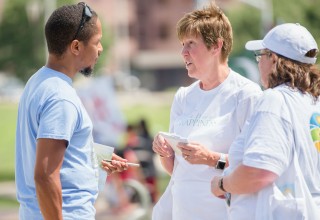