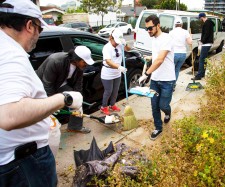 Scientologists practice and promote the precept 'Safeguard and Improve the Environment'

LOS ANGELES, April 22, 2019 (Newswire.com) - ​​​In communities around the world, today and throughout the year, Scientologists promote environmental responsibility as a part of their basic moral code. Scientologists participate in cleanups, adopting parks, highways and beaches and sharing the importance of doing so with their communities.​

In 1981, Scientology founder L. Ron Hubbard wrote The Way to Happiness to instill universally respected values to help combat the destruction of the environment, widespread racial intolerance, climbing crime rates, corruption and violence. Among these is the precept "Safeguard and Improve Your Environment."

“There are many things one can do to help take care of the planet,” he wrote. “They begin with the idea that one should. They progress with suggesting to others they should. Man has gotten up to the potential of destroying the planet. He must be pushed on up to the capability and actions of saving it. It is, after all, what we’re standing on. If others do not help safeguard and improve the environment, the way to happiness could have no roadbed to travel on at all.”

Local chapters of The Way to Happiness Foundation practice this precept while promoting the moral code to others.

In Hollywood, California, volunteers carry out monthly weekend cleanups, with a special one held for Earth Day on April 20. In addition to picking up litter, they visit and clean up homeless encampments. And they hand out hundreds of copies of The Way to Happiness to promote this and the other 20 precepts of the common-sense guide to better living.

In Seattle, the Church of Scientology Environmental Task Force picks up litter, paints over graffiti, removes invasive plants from planting strips and traffic circles, and participates in other activities throughout the city to keep Seattle clean and green. Nineteen years ago, the group adopted Seattle’s Kinnear Park, one of the city’s oldest green spaces, allowing for a safer, more user-friendly environment for the neighborhood.

And so it goes in towns and cities around the world, from Dublin to Cape Town and from Kaohsiung to Brussels.

Today marks the beginning of an international campaign for the 50th anniversary of Earth Day in 2020. In her message for 2019, Earth Day Network president Kathleen Rogers said, “We find ourselves today in a world facing global threats that demand a unified global response. For Earth Day 2020, we will build a new generation of environmentalist activists, engaging millions of people worldwide.”

Scientologists around the world join in the commitment to activate their communities to back this initiative.

The Church of Scientology and its members are proud to share the tools for happier living contained in The Way to Happiness with all who work to build a better world. 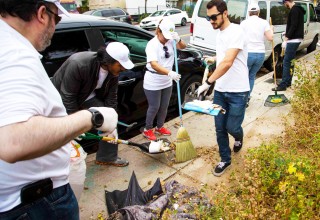 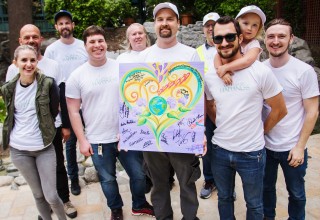