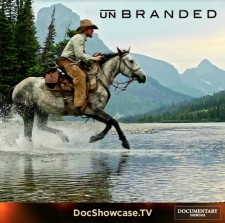 LOS ANGELES, July 29, 2019 (Newswire.com) - ​​​​​​Scientology Network’s DOCUMENTARY SHOWCASE, the weekly series providing a platform for independent filmmakers whose goal is to improve society by raising awareness of social, cultural and environmental issues, presents Unbranded on Friday, August 2, a journey that celebrates the return of an icon of the American West, the wild mustang.

Unbranded follows four young cowboys who ride wild mustangs from the Mexico border to Canada, through 3,000 miles of the wildest terrain of the American West—all in hopes of raising awareness for the plight of America’s burgeoning wild mustang population. During their epic journey, friendships are tested and the trail ultimately leads to one of self-discovery.

Unbranded director Phillip Baribeau’s stunningly cinematic documentary feature was shot over five months across five states, with breathtaking shots of crossings through Yellowstone, Grand Canyon and Glacier National Parks. The four young riders and 16 mustangs traversed through difficult terrain on mostly public lands to promote awareness of the issue and to encourage adoption of wild mustangs.

The plot was conceived by Ben Masters, whose strong admiration for the breed motivated him to recruit three friends, all recent Texas A&M graduates, to embark on the arduous journey together. The film follows Ben and his friends as they choose and train the horses and set off on a journey reminiscent of the old American frontier.

Phillip Baribeau is a director and cinematographer who followed his passions for film, storytelling and adventure by earning a degree in media and theater arts from Montana State University. Phillip has worked on the broadcast series Destination Extreme on National Geographic, and Ax Men and Mountain Men on The History Channel. Phillip won Best Overall Film at the Baku Film Festival in Azerbaijan for the short film Land of Fire. Unbranded is his first credit as director for a feature-length film.

Ben Masters is a filmmaker, writer, and horse packer. He studied wildlife biology at Texas A&M University and is the wildlife management chair on the BLM volunteer Wild Horse and Burro Advisory Board. Ben writes for National Geographic Adventure and Western Horseman, and is a published author. He is currently directing a series of character-driven conservation short films.

The Scientology Network debuted on March 12, 2018. Since launching, the Scientology Network has been viewed in 238 countries and territories worldwide in 17 languages. Satisfying the curiosity of people about Scientology, the network takes viewers across six continents, spotlighting the everyday lives of Scientologists; showing the Church as a global organization, and presenting its social betterment programs that have touched the lives of millions worldwide. The network also showcases documentaries by Independent filmmakers who represent a cross-section of cultures and faiths, but share a common purpose of uplifting communities. 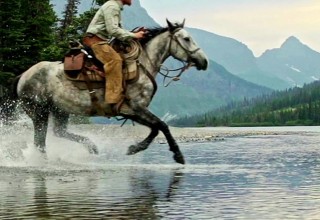 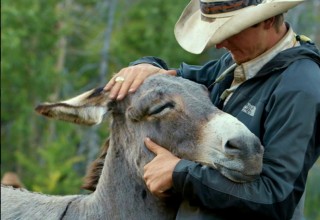 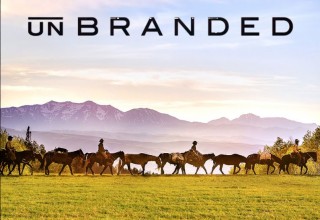 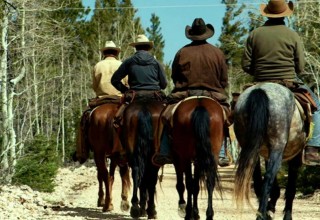