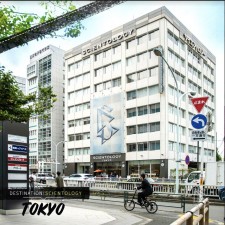 LOS ANGELES, December 26, 2019 (Newswire.com) - Scientology Network’s DESTINATION: SCIENTOLOGY, the weekly travelogue series that takes viewers inside Scientology churches all around the world and discovers what makes each one unique, presents an episode featuring Tokyo, Japan.

Tokyo is a city of contrasts. Renowned for reverence to ancient traditions, it also shows devotion to technology as the world’s most future-forward metropolis. It is the most populous city in the world, while also being one of the cleanest and safest. And amidst the old and the new, in the Shinjuku district — just minutes from the busiest train station on Earth where 3.6 million commuters intersect daily — is the Church of Scientology Tokyo.

This episode immerses viewers in Tokyo’s history and traditions, with visits to its treasured temples, shrines and immaculate sakura gardens. Stops include world-famous landmarks such as the Tsukiji fish market, where the fish is so fresh one can practically taste the katsuo (skipjack tuna), and Shibuya Crossing, a marvel of modern city planning, where some 3,000 pedestrians can cross this intersection at the same time. Viewers also gain an insight into the church staff’s dedication to uphold Tokyo’s traditions and protect its heritage all while uplifting its people with a modern religion.

The Scientology Network debuted March 12, 2018. Since launching, the Scientology Network has been viewed in 240 countries and territories in 17 languages. Satisfying the curiosity of people about Scientology, the network takes viewers across six continents, spotlighting the everyday lives of Scientologists, showing the church as a global organization and presenting its social betterment programs that have touched the lives of millions worldwide. The network also showcases documentaries by independent filmmakers who represent a cross-section of cultures and faiths but share a common purpose of uplifting communities.