Church of Scientology London helps organize a celebration of many faiths

LONDON, January 3, 2019 (Newswire.com) - With more than 300 languages spoken in London, the city has tremendous ethnic, religious and cultural diversity. And it was this diversity that was the keynote of an interfaith gathering organized by All Faiths Network and the Church of Scientology London.

The celebration was held at Fitzroy House, a listed historic building built in 1791. In the mid-1950s, Fitzroy House was the office of Scientology Founder L. Ron Hubbard and headquarters of the religion.

The interfaith celebration featured food, music and dance of many different cultures, including a Sufi vocal group, a Hindu dancer, a Christian psalmist, a Bengali Muslim singer and a program of song, poetry and chant performed by a Sikh children’s group. A young Christian girl of 4 was so inspired, she wanted to sing about her own faith and she too was given the floor. Ten religious leaders spoke about the importance of religious diversity and treating all religions with respect.

Navleen Kaur of the Holland Park Gurdwara said, “In the Sikh faith, ‘Chardikalas’ is when your spirit is forever rising. Truly living and working with people of other faiths goes beyond any differences. We train ourselves to rise above duality, inequality and hatred. We recognize the human race as one, there is no difference as we stand together in prayer as one human family.”

In a symbolic show of unity at the end of the evening, each religious leader lit a candle to symbolize all faiths living side-by-side without conflict in a spirit of creation and cooperation.

The Creed of the Church of Scientology states “that all men have inalienable rights to their own religious practices and their performance.” Working with other faiths to increase understanding, Scientology Churches throughout the world are committed to freedom of religion or belief for all. 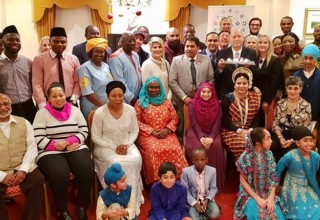 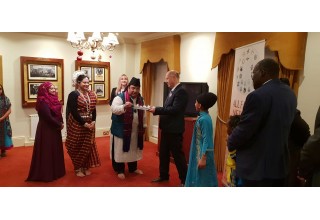