South African Scientology Volunteer Ministers honor the courage and legacy of the heroic traditional leader who stood firm in the face of suppression that stripped the indigenous people of Southern Africa of their dignity and rights.

LIMPOPO, South Africa, February 8, 2018 (Newswire.com) - Mampuru Day, held by his Majesty the King of the Bapedi Nation, Kgosi Mampuru III, celebrates the life and legacy of his grandfather, King Khoši Mampuru II, who was hanged in 1883 for fiercely resisting colonial rule.

For the past five years, the volunteers have attended the King Mampuru Festival, and they were honored to be invited to erect their bright yellow tents again on the tribal lands of the Mampuru royal family in the village of Mamone where the annual celebration takes place.

Once described by Nelson Mandela as the nation’s first freedom fighter, King Mampuru II was assassinated in 1883 for leading a campaign of resistance against colonial rule. South African President Jacob Zuma has described him as one of the country’s “heroic traditional leaders who refused to be cowed by colonial regimes. They fought with everything in their possession to protect their land and people from systematic repression spanning centuries, which stripped the indigenous people of our country of all human dignity, decency, and human rights.”

Rich in history and natural resources, Limpopo province suffers from the highest level of poverty in South Africa, with more than 78 percent of the population living below the national poverty line, and the Volunteer Ministers are there to provide tools to reverse this and enable the people of the province to flourish and prosper.

There was a constant flow of visitors through the Volunteer Ministers bright yellow tents where the VMs provided one-on-one help and courses on basic skills to improve any condition in life.

The Church of Scientology Volunteer Minister program is a religious social service created in the mid-1970s by L. Ron Hubbard. Anyone of any culture or creed may train as a volunteer minister and use these tools to help their families and communities. The Church provides free online training on the Volunteer Ministers website.

In creating the Volunteer Ministers program, L. Ron Hubbard wrote, “If one does not like the crime, cruelty, injustice, and violence of this society, he can do something about it. He can become a Volunteer Minister and help civilize it, bring it conscience and kindness and love and freedom from travail by instilling into it trust, decency, honesty, and tolerance.” 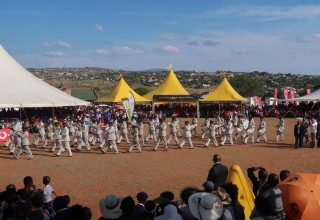 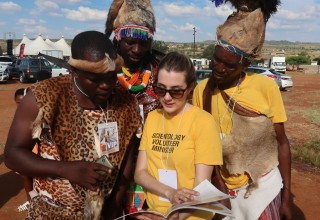 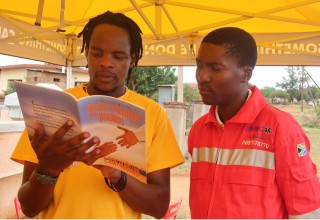 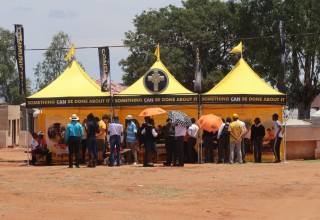