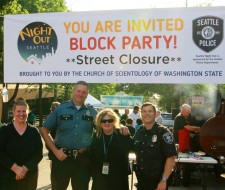 SEATTLE, Wash., August 3, 2017 (Newswire.com) - The Church of Scientology Seattle and Seattle chapter of Foundation for a Drug-Free World celebrated this year's National Night Out Against Crime with a block party. There was live music from a local band, the Viewpoints, and plenty of barbecue, cooked and served from a 1924 Model-T Ford truck.

"As block watch captains for our area, it is our pleasure to throw a party for Night Out where we can meet and greet our neighbors and work together in support of anti-crime activities," said Rev. Ann Pearce, Director of Public Affairs for the Seattle Church of Scientology. "We believe it is very important to work closely with the Seattle Police Department to help safeguard our neighborhood."

Drug-Free World volunteers made educational materials available to everyone attending. The booklets and videos about marijuana, heroin, crack cocaine and many other commonly abused substances present the unvarnished facts about drugs in a youth-friendly format to help kids make their own decision not to abuse drugs.

The Church of Scientology and its members support the Truth About Drugs campaign, one of the world's largest nongovernmental drug education and prevention initiatives. Thanks to this support, Foundation for a Drug-Free World provides these drug education booklets, videos and educator guides free of charge to teachers, mentors and civic and community leaders.

According to the United Nations Office on Drug Abuse and Illicit Trafficking, "Every dollar spent on prevention can save governments up to ten dollars in later costs." 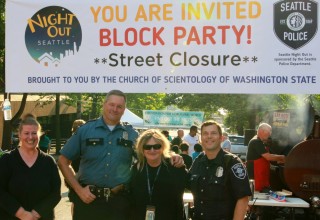 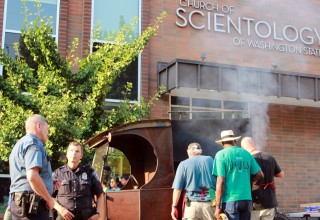 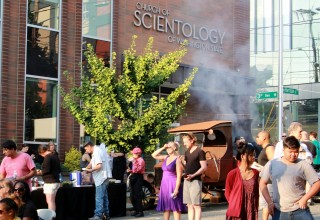