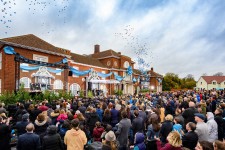 The City of a Thousand Trades welcomes a new Scientology Church to the heart of Birmingham at a joyous grand opening ceremony held on Saturday, October 21, 2017.

BIRMINGHAM, England, October 21, 2017 (Newswire.com) - Around the world, even people who don’t intimately know Birmingham have fallen in love with so much that has sprung from this heartland metropolis of Britain. From artists to industry, airplanes to Shakespeare and even street lamps—Birmingham has lit the way both industrially and culturally for hundreds of years.

In this city very much proud of its past—which still continues to grow, to re-invent and to prosper—a grand opening celebration was held in the collaborative spirit of a prosperous future. Or rather, it was a day that represented the essence of “Brum’s” bold motto: Forward.

So it was and in the spirit of the day, Mr. David Miscavige, ecclesiastical leader of the Scientology religion, proclaimed: “When that inaugural ribbon falls, so a curtain rises… and so it becomes every Scientologist’s responsibility to uplift England’s Salt of the Earth, thereby turning an industrial revolution into a spiritual revolution.”

Birmingham continues to be a leader in manufacturing and industry, and the grand opening celebrated the “Brummie” spirit of innovation, all to the rhythm of the city’s electric beat. At the forefront was an ode to Birmingham’s iconic metal roots, backed by a band of dignitaries speaking of treasured landmarks returned to the community, and dreams realized thanks to Scientology Founder L. Ron Hubbard’s tools for life.

In alignment with that spirit of partnership, and following on from so many cities that have opened their doors to new Churches of Scientology, Birmingham is far from an overnight success story. In fact, the Church has worked hand-in-hand with community groups and volunteers in the area for more than two decades, connecting with individuals and groups on literacy programs, drug-prevention initiatives, human rights awareness and morals education.

In point of fact, and over the past 12 months, local volunteers and parishioners have helped distribute thousands of The Truth About Drugs booklets, bringing the total to more than 140,000 individuals reached since the Church first started working in the area. Thousands more have received education in universal morals through distribution of L. Ron Hubbard’s The Way to Happiness, as well as copies of the United Nations Declaration of Human Rights. Thus, the Grand Opening of the Church’s new facility will only serve to extend an expansive humanitarian outreach.

The new Church of Scientology Birmingham facility was built in 1930 and stands on a six-acre estate in the cosmopolitan ward of Moseley. The facility is recognized as a heritage site of value by Historic England and is now faithfully restored, including its traditional Birmingham red brick, Portland stone facings, oak doors and exquisite British marble. Altogether, the 45,000-square-foot facility now stands ready to serve communities across the Midlands.

Yann Lovelock, Senior Advisor for the Birmingham Council of Faiths, spoke of what the day foretold as a harbinger of improved lives for the citizens of his city: “What we’re all welcoming today is the opening of a resource that contributes to the good of Birmingham; that contributes to better awareness of who we are individually and what we can add to the general welfare. This centre is a huge commitment on your part and I, for one, in welcoming you as spiritual partners, look forward to your efforts in making not just our city but the world a better place.”

Dr. Paul Baiden-Adams, the dynamic Director for Multi-Cultural Support Aid Services, UK, highlighted his success story in helping at-risk youth overcome barriers to their own success: “When you’re trying to talk to youth, you have to tell them, ‘Hey, I am different—I bring difference,’ and then, you better deliver. Take one young man whose dream was to be a pilot—but he couldn’t study. There he stood at the edge of the chasm, his dream on the other side and nothing but hope in between. So I taught him about Study Technology and the ‘gradient’ and he applied it, and he started to learn: altitude, wind direction, landing speed. Now, that boy can fly, because with L. Ron Hubbard’s Study Technology your dreams can come true.”

Diana Coad, Representative of the National Drug Prevention Alliance, has observed firsthand the life saving effects of Narconon, the rehab technology developed by L. Ron Hubbard: “When you help someone successfully fight drugs, you aren’t saving just one person, because their parents, brothers, sisters and children’s lives have also been destroyed. In fact, for every individual you salvage, you are helping hundreds more, and I can’t stand any longer seeing governments, hospitals and doctors fail themselves, fail addicts and fail their families. So, you are breaking down the walls between past and present, between failure and success, and thereby giving British families a future.”

Decima Francis, Founder of the dynamic nonprofit From Boyhood to Manhood Foundation, spoke to the beauty of helping one’s fellows: “The Church of Scientology and the teachings of Mr. L. Ron Hubbard remind me of Shakespeare’s sonnets, meaning: ‘That which is beautifully crafted—lifts the human spirit.’ And Mr. Hubbard had that intellect, that heart and that soul. He knew he needed to help others see beyond the physical form they are housed in, to who they really are. What a gift, to take such complicated things and make them so simple. Well, the fact is, L. Ron Hubbard empowers every human being—so they can raise their soul up beyond the sky.”

The new Church provides visitors with an introduction to Dianetics and Scientology, beginning with the Public Information Centre. Its displays, containing more than 500 films, present the beliefs and practices of the Scientology religion and the life and legacy of Founder L. Ron Hubbard.

The Information Centre also details the many humanitarian programs that Scientology supports. They include a worldwide human rights education initiative; a far-reaching drug education, prevention and rehabilitation program; a global network of literacy and learning centres, and the Scientology Volunteer Minister program, which has become the world’s largest independent relief force.

The Birmingham Chapel provides for Scientology congregational gatherings that include Sunday Services, Weddings and Naming Ceremonies. It will also host community-wide events, open to members of all denominations. The facility further includes multiple seminar rooms and classrooms, and an entire wing dedicated to Scientology auditing (spiritual counselling).

The opening of the new Church of Scientology Birmingham comes during a period of rapid expansion for the religion with 60 new Churches of Scientology from Los Angeles to Tampa, London to Milan, Johannesburg to Tokyo and Tel Aviv to Kaohsiung. Over the past decade, those openings have driven worldwide expansion for the religion to a rate surpassing the previous 50 years combined.

More Church openings are planned in the next 12 months for cultural epicentres in Europe, Latin America, North America and Africa. 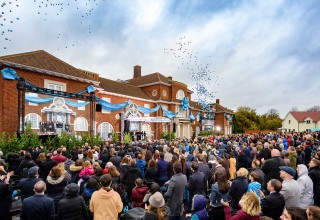 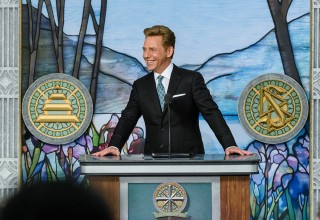 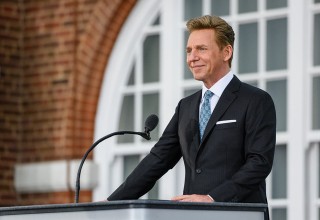 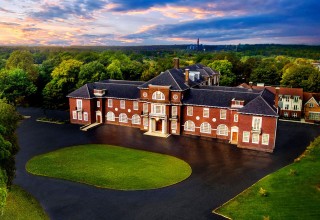