"Never underestimate the value of friendship." This was the message of a community open house at the Brussels branch of the Churches of Scientology for Europe—a celebration of International Day of Friendship and the Day of the African Woman.

BRUSSELS, August 18, 2018 (Newswire.com) - An open house at the Brussels branch of the Churches of Scientology for Europe brought together people of many cultures for an evening of music and friendship in celebration of International Day of Friendship and the Day of the African Woman.

The program was organized by the Belgium chapter of The Way to Happiness Foundation, which promotes common-sense values that transcend all cultural differences.

The evening began with a buffet of exotic dishes from the Congo, DRC, Morocco, Tunisia, Mauritania, Lebanon and Pakistan. This was followed by a concert of African music and songs of friendship in the Church auditorium.

The president of the local chapter of The Way to Happiness Foundation introduced those attending to a simple way anyone may take action to accomplish the goal of the International Day of Friendship: “a better world where all are united for the greater good.” She screened a series of brief videos of the 21 precepts of The Way to Happiness, the common-sense moral code written by L. Ron Hubbard. She showed that by sharing the booklet with others, one can help people restore their self-respect, the lack of which breeds intolerance, criminality, self-destructive behavior and environmental irresponsibility, creates cultural decay and ruins lives.

Representatives of African NGOs spoke of the importance of the African woman in creating a better life in emerging countries. This was followed by more music and a toast to friendship over dessert, served in the Church’s Public Information Hall.

The Way to Happiness was written in 1981. Immensely popular since its first publication, The Way to Happiness has been embraced by more than 250,000 groups and individuals, with some 115 million copies distributed in 115 languages in 186 nations. The book holds the Guinness World Record as the single most-translated nonreligious book and fills the moral vacuum in an increasingly materialistic society. 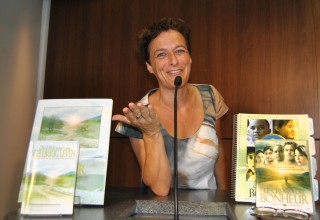 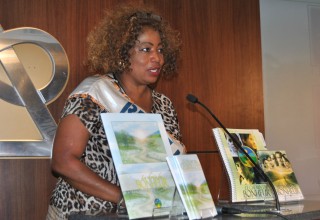 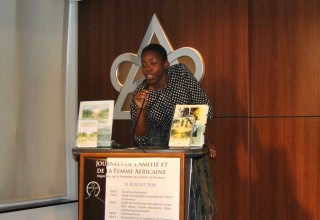 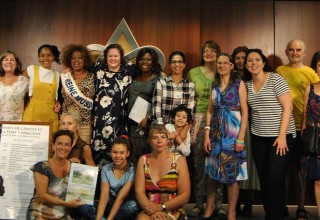 Brussels branch of the Churches of Scientology for Europe, Day of the African Woman, International Day of Friendship, The Way to Happiness